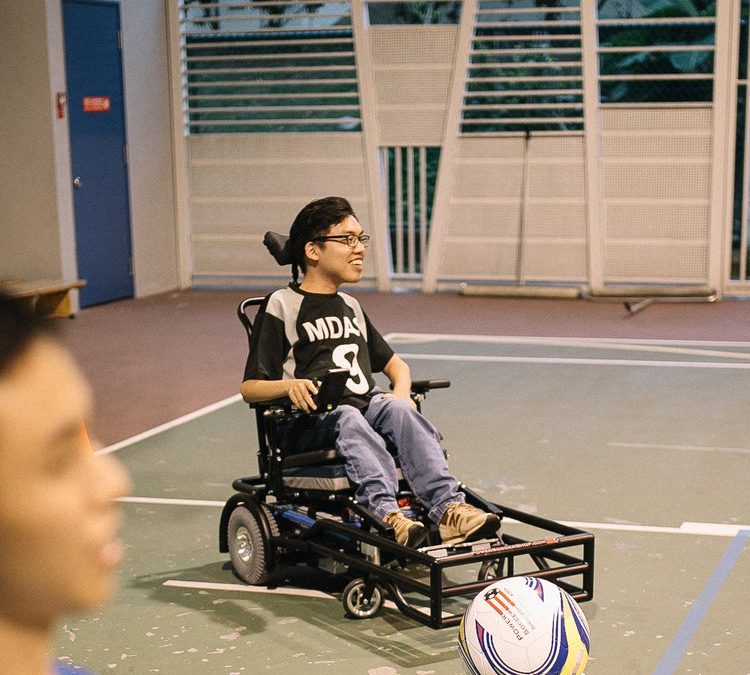 Sports is an essential programme for many members in MDAS. With sports, members are able to interact and form a deeper connection with each other through teamwork as well as communication when playing. At MDAS, 2 main sports are played – Power Soccer and Boccia.

Power Soccer is an internationally played sport that’s popular amongst people with mobility. The sport is played in on a standard-sized basketball court. Each team is allowed 4 players on the court at one time, including the goalkeeper. A match consists of two 20-minute periods. Because of the two-dimensional aspect of this game (players are typically unable to kick the ball into the air), artificial space has to be created around the players.

Boccia is a game of strategy and accuracy that was originally designed to be played by people with cerebral palsy. Now, the sport includes athletes with impairments that affect motor skills.

The sport is played on a flat, smooth surface, where players must throw or roll coloured balls as close as possible to a white target ball, known as the “jack.” The player, pair or team with the most balls near the jack is the winner.